Visit our corporate website
Rated excellent by our customers on

Back to Linen Care listing

Common Laundry Problems With Duvets & Pillows & How To Fix Them

In our last blog post we talked about how duvets and pillows are made. But now that you know what’s inside your new duvet or pillow, you’ll want to know how best to take care of them.

Below we’ve put together some common questions about laundering duvets and pillows. Whether it’s ensuring they don’t get lumpy or how often you should wash them, you’ll find the answer below.

Find all our duvets by clicking here.

How Often Should I Wash My Duvets And Pillows?

Laundering filled goods like pillows and duvets properly is key to ensuring they enjoy a long lifespan. How often you wash them will impact on that lifespan, so it’s important to be aware of the recommendations. Duvets and pillows are used for an average of 56 hours a week, and just think about how much sweat, salvia, dead skin and other grime that's getting on them, then multiply that by months. It's not a nice thought, but it quickly makes you release that leaving them unwashed isn't a good idea.

The general recommendations that Vision Linens follows come from the Laundry Technology Centre, which recommends that natural filled bedding should be washed once or twice per year. This is because the feather and down can help bacteria to grow within the duvet or pillow, so it’s best to give them a wash to keep them fresh.

It’s worth noting that extreme care needs to be taken with natural filled products, so follow the care label instructions to the letter. It’s better to let a professional laundry service deal with washing them, as regular washing machines may not have the capacity that something like a natural filled duvet requires. The same goes for the size of your duvet. While a single size duvet may fit into a regular washing machine with no issues, the same can't be said for a king or queen size duvet. Plus, as you'll learn in a moment, it's important that some space is left in the machine itself.

For synthetic pillows and duvets, you don’t have to be as cautious. The polyester that’s present inside doesn’t help bacteria grow, so there’s nothing for germs to feed on. Due to this, synthetics only really need to be washed if they get soiled or stained.

Before you do pop any duvet or pillow into the washing machine, make sure you check that there are no holes or tears in them. You don't want feathers from your natural duvet spilling out everywhere, so be sure to sew them up before you wash them.

How Can I Stop My Duvets And Pillows Getting Lumpy?

A common complaint about duvet and pillow filling is that it can eventually feel lumpy. A major cause of this irritant is how they are laundered.

To prevent this from occurring, ensure that the washing machine and tumble dryer is only loaded half-full (from looking at it visually), so that there’s adequate space for the filling to move around.

Another trick is to put small rubber balls into the washing machine and dryer, as this helps break up the fill and allows it spread out more evenly and dry properly.

Don’t forget that synthetics are a plastic, so too high a drying temperature can start to soften and melt the fibres, bonding them together. Always check the care label on the duvet you own to find the highest safe temperature you can dry it at. There’s likely a cool synthetic setting on your dryer.

Buy all our pillows by clicking here.

My Duvets/Pillows Have A Flat And Shrunken Appearance

Duvets and pillows can also come out of the wash looking flat and shrunken. This is sometimes mistaken for actual shrinkage.

Again, this issue can happen if the machine is overloaded as it crushes and flattens the filling, making the product look smaller than it is.

As before, the machine should be loaded to half the visual capacity to give the filling plenty of space to move around.

On natural filled goods a flat or shrunken appearance can be due to chemical damage. If chlorine bleach is used or the detergent is too alkaline, this will attack the protein in the feathers, making them weak and easy to break. This, in turn, causes the fill to flatten.

So, on feather and down duvets and pillows, chlorine bleach should not be used. Instead, use a neutral detergent that isn’t too alkaline or acidic.

My Duvets/Pillows Have A Mouldy, Musty Or Stale Smell

A mouldy, musty, or stale smell is a direct result of improper drying. This particularly applies to natural filled duvets and pillows, as the filling inside can clump together when left damp.

Even if the natural filled product feels dry on the outside, that doesn’t mean that the filling inside is dry. Eventually the dampness will cause bacteria to grow, mould and mildew will form, and the filling will essentially rot. All this results in an unpleasant stale smell and a quick trip to the dustbin for a product you’ve probably spent a hefty sum on.

To avoid the clumping issues, ensure you have under loaded the machine as before and use optional rubber balls to break up the fill. After washing, make sure you follow all the drying instructions present on the care label. It’s all about the drying, and ensuring you dry it as quickly as possible is key to prolonging its lifespan. 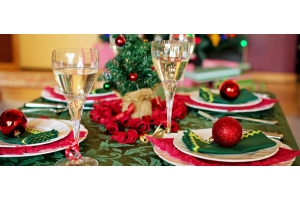 How To Lay A Dining Table For Christmas 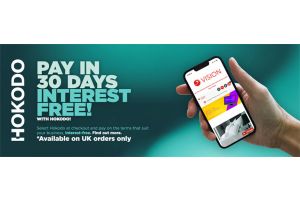 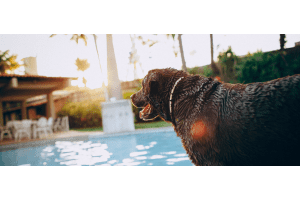 How To Make Your Hotel Pet Friendly 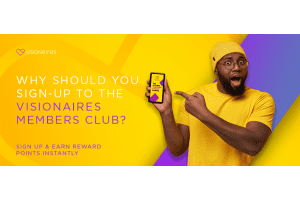 Why Should You Sign-Up To The Visionaires Members Club? 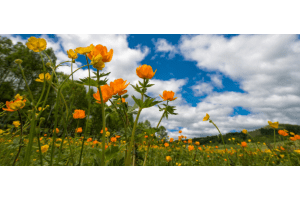 Simple Ways Your Hotel Can Welcome Spring In